Yeah. I said it. Traveling with an infant can be freaking stressful, especially when said infant has discovered a) sitting still is for the birds b) everything is shiny and must become her personal toys and c) that apparently gravity is hilarious. “HOW DOES GRAVITY WORK!? LOOK HOW FUNNY IT IS WHEN I THROW EVERYTHING IN THE AIR AND IT LANDS ON THE GROUND!” Oh yeah, Quinn is just really loving life. Which is awesome. But how do you channel that on a plane ride??

I think we actually did a really good job for our very first time on a plane last week! We flew to Florida to visit my dad and family for a few days for the first time since Quinn was born. Luckily, the flight from Nashville to Florida is only about 2.5 hours at most, so it’s not tooooo horrid a plane ride.

For all you mamas who have yet to brave traveling, here are some of the tricks we found helpful with our 1 year old! OBVIOUSLY not all of these are going to work for everyone, but here’s what we did. 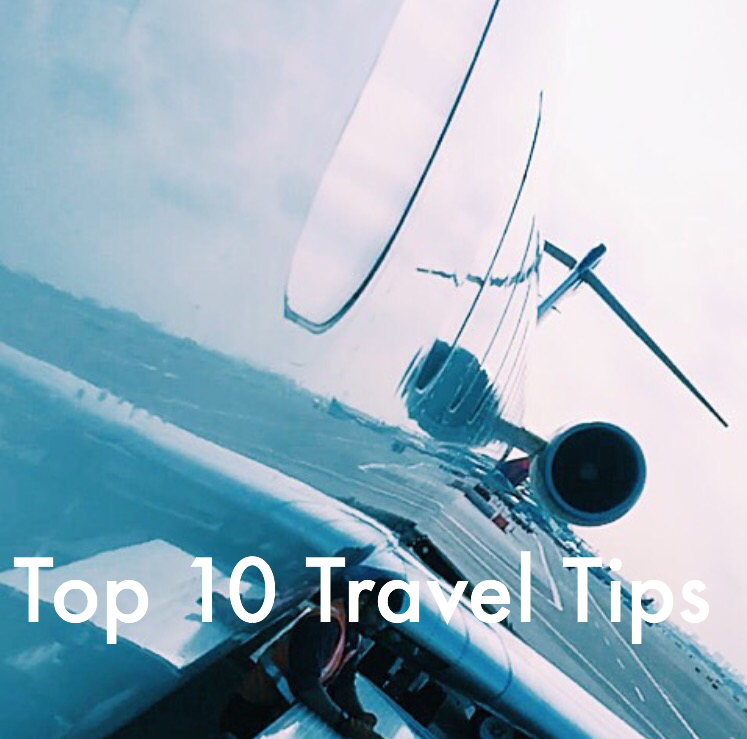 Top 10 Tips for Flying with a Baby:

1. Try and schedule baby’s nap time to happen on the flight. We know Quinn falls asleep really easily when she’s being held or worn in her wrap, so we purposefully scheduled our flights for when she is usually going to sleep so that I could be holding her tightly on the plane. She ended up sleeping the entire flight home! WIN. She didn’t sleep on the way there because our flight was delayed by 2 hours….so she napped while we waited. womp womp. Oh well.

2. Wear your baby in a wrap or Bjorn or something of the like. This will help the baby to feel safe in a new environment AND it gives you the freedom to use your hands. Which is really necessary when you’re carrying any bags or whatever else in the airport and on the plane. Also to eat snacks duh.

3. Feed that baby during take off and landing! I’ve heard that for babies who are still nursing, that letting them nurse or drink their bottle during take off and landing really helps them not to freak the heck out when all that drama is going on with the pressure in the cabin and the loud noise of the plane. Obviously Quinn isn’t drinking anything at the moment, but we did let her have a few sips of her water (which she likes to play with too haha) and we let her use her paci so she was content.

4. For older babies who are snacking on solids, bring some snacks! Quinn is doing really well taking bites of soft foods now. So we gave her a soft chewy Nutri-grain bar and part of a banana throughout the flight to Florida that kept her entertained.

5. Ipad. Ipad. Ipad. Look down on screen time for kiddos all you want to, but when you’re traveling, the iPad comes in handy. We do not make a habit out of letting her play with it or watch it, so when she does, she LOVES it. She loves to swipe it with her fingers, and there are tons of cute little toddler aged games out now that are both educational and colorful. She also is IN LOVE with the Curious George movie on Netflix. So, when she was tired of her snacks and tired of playing the games, we put that movie on and she was so chill.

6. Small toys. Bringing a million different things on the plane isn’t ideal, seeing as how you’re already carrying a handful between the baby and your own bag. So, we tried to pack as light as possible. We brought 2 or 3 of Quinn’s favorite small toys to play with, and even brought some extra special, typically “off limits” toys like car keys *gasp* and mom’s jewlery *double gasp* that she went wild over.

7. Change the baby right before boarding if possible. Giving your baby a dry diaper right before boarding was great for us because it helped us avoid that teeny tiny smelly airplane bathroom that nobody wants to find themselves in. But at this point, as a parent, you can’t ever predict if and when your kid is going to have a huge blowout or accident haha! So this could still not end up working, but for us, it was good because it was one less thing we had to take care of on the plane.

8. Line up baby gear to borrow from friends or family at your destination! This was HUGE for us! If you are traveling to a place where you know some people, ask them if they would mind helping you borrow a car seat, stroller, and pack and play for while you’re in town. My dad and his awesome fiance borrowed a car seat and pack and play for us to use. That way we didn’t have to pack that junk and travel with it! It made all the difference in the world. Highly suggest doing that.

9. Pack light, carry light. As I mentioned before, it’s hard not to bring a million things for fear that you might need them. But, it’s really hard to try and carry so many things and attend to a baby. As a family of 3, we fit all of our stuff into one suitcase that we checked. Then, Timmy carried a backpack with all of our carry-on stuff inside it, and I carried our diaper bag with some more things inside. We had all we needed and we made it work. Light, easy, still effective.

10. Remain calm no matter what. I can’t say it enough, stay calm and collected on the flight because your kid will pick up on that, and so will others. I’ve seen some kids on planes who are in a mood, are over tired, or are just hating the whole flying thing, and the parents are yelling at them or getting upset, and it just doesn’t help anything. Quinn had moments where she got frustrated and would fuss or wiggle about, and we just did our best to quietly talk to her and offer her something else to do. I have never seen any situation on a plane get better when the parent loses their mind on a kid.

And that’s all I got!

Sorry that Happily has been so slow lately! I’ve been working on quite a lot of music stuff lately, so it’s been taking a bit of a back seat for now. But hopefully it will be more regular soon 🙂

Share with me your tips and tricks for flying with kids of all ages!!