Soooo since we didn’t bring our first baby home until she was 2.5 months old, we didn’t get to experience newborn life. It has been awesome to do that this time around, even if it did come a week late! I’m grateful! UMMM but it has also been EXHAUSTING! I had no idea how difficult a newborn was to manage as far as their sleeping and feeding habits haha. It’s been precious and special to me, and I’m already emotional that he’s our last baby. But y’all, I am so tired it’s not even funny LOL and I’m laughing LOL which tells you how psychotic I am right now. 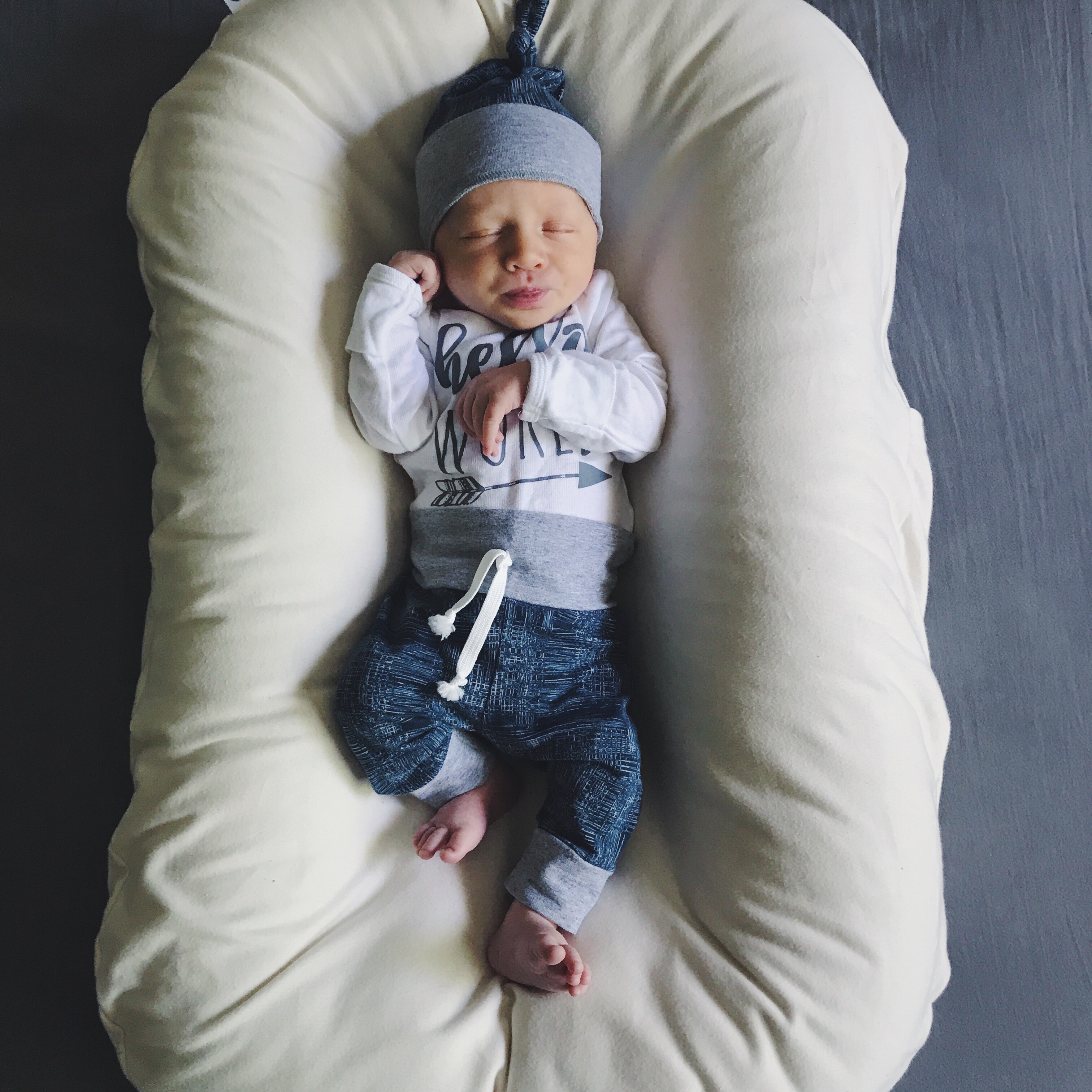 Owen is 1 month old now (how??? I’m very emotional about this) and breastfeeding has been a huge struggle for him. More on that journey later. Nonetheless we are still trying to give it a fighting chance and work hard on it, so for that reason (along with some others) we have been co-sleeping with him either next to our bed or in the actual bed between us. When he’s next to our bed, he sleeps in the pack and play with nothing inside of it, as per the American Pediatric Association’s recommendations. (No pillows, no blankets, no animals, and on his back.)

When he’s in bed with us, he’s been sleeping in the Snuggle Me infant co-sleeping pillow. I love this option because it’s designed to be weighted in the center, which means the baby can’t roll over or smother his face in the sides. (This is a fear I had with the DockaTot.) It’s built to literally pull into the baby’s body and mimic the womb and a full-body hug. I will be honest, I wasn’t sure what to expect, but it BLEW my mind from the first time we used it. Owen naps in this thing all around the house too. It’s so dang useful and comfy. Quinn is a bit jealous ha!

He has had ROUGH nights without much sleep, and I’m still waiting for him to get the hint that nighttime is NOT party time 😂 The Snuggle Me Organic is one of the only ways he will stay asleep outside of my arms. No joke.

It’s light and portable, perfect to take along on a trip or just to tote around the house. I would be annoyed trying to move a heavy bassinet or pack and play around the house so he could nap near me. But this is easy! The important thing to know about this pillow is that it’s NOT meant to go inside the crib or bassinet. It’s meant only for if you’re near the baby to hear them when they wake (so for co-sleeping, nap times, tummy time, lounging, etc). You can read more of the reasons this co-sleeper is the perfect choice here.

We even brought this thing to the hospital to let him rest in it while they messed with him all the time! 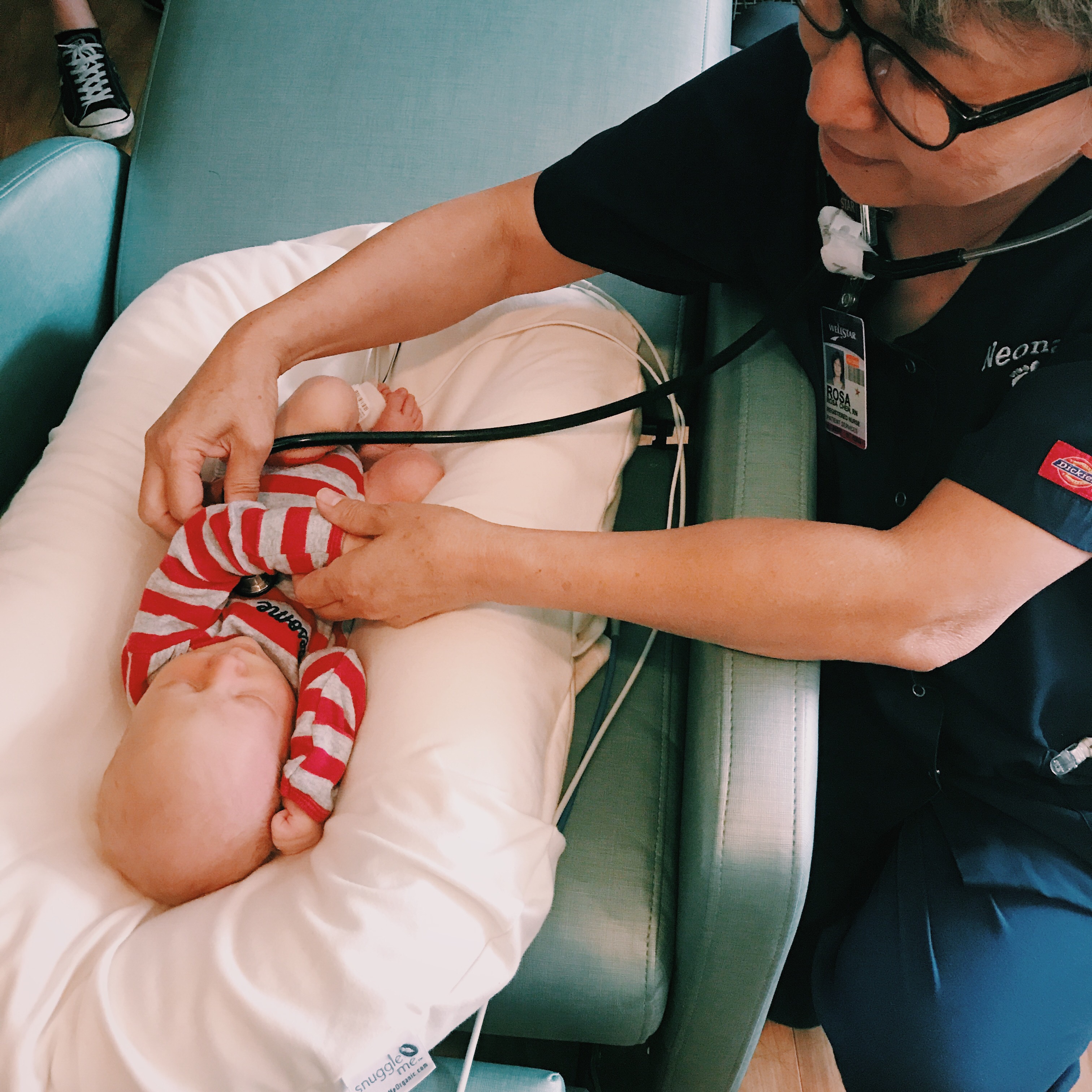 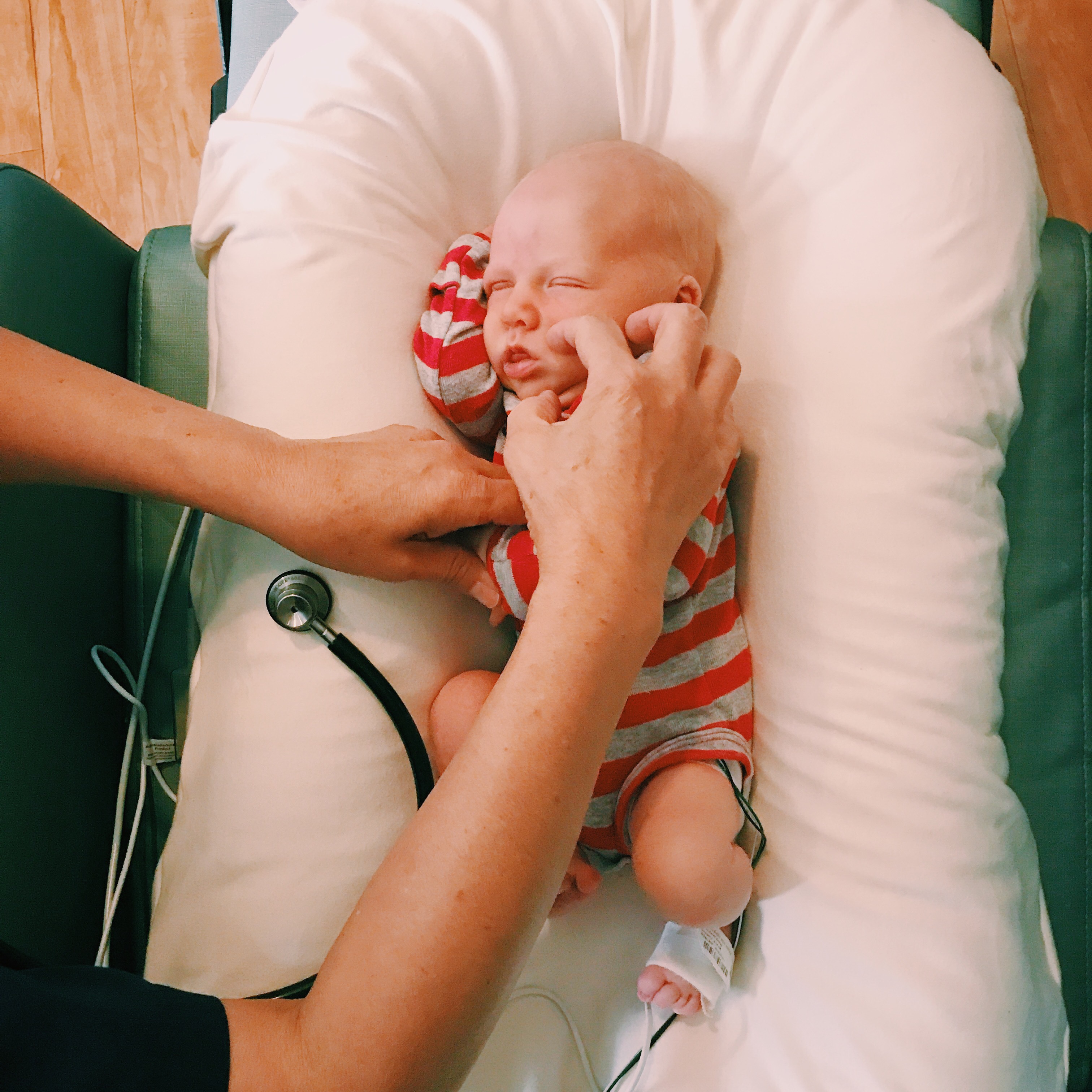 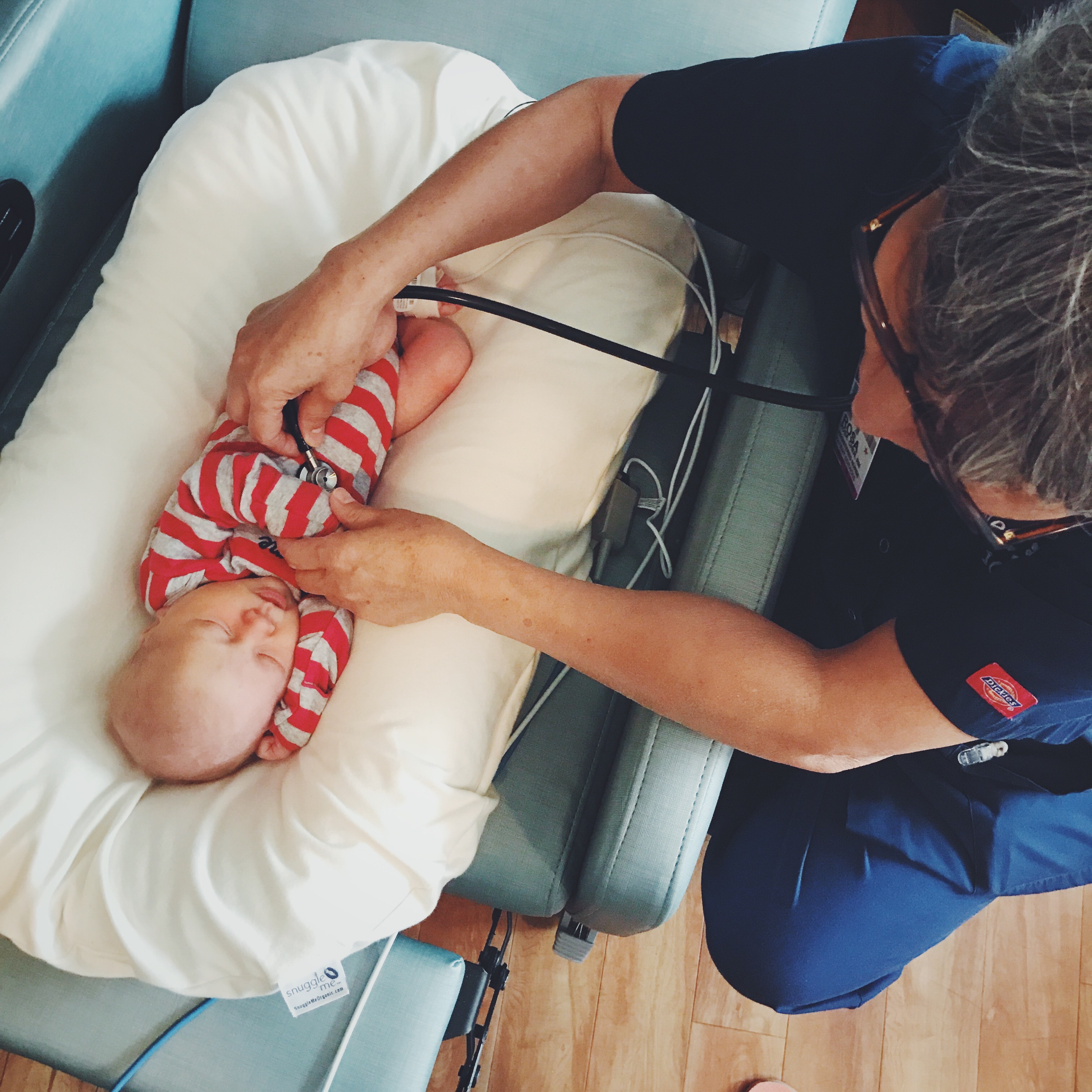 I’ve teamed up with Snuggle Me to offer all of you a 20% discount on your order! Just used this code: BABIES20
If you have questions, don’t hesitate to ask! While this post was sponsored, I loved this product so much that I will be getting them for all my peeps as shower gifts and will be partnering with them for a future giveaway! So stay tuned!